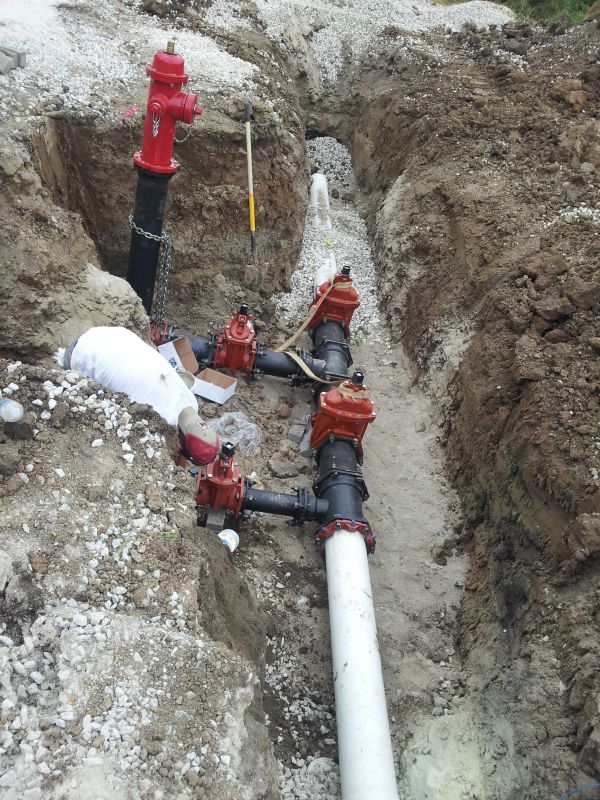 Thames Water and their fire brigade partners have been experiencing numerous instances of hydrant outlet theft and unauthorised use of their asset hydrants, both flushing points and operational hydrants. Over the past few years numerous attempts have been made to utilise the industries protection for the hydrants with limited success.

AVK UK Ltd were contacted and in a joint partnership with Thames Water it was agreed to identify hydrants that were consistently being targeted by vandals and trial the latest innovation from AVK; the Series 29/10 hydrant security device.

The hydrants were identified in the East End of London at the junction of Ferndale Street and Yeoman Close, Beckton London E6 6NN. The two hydrants in question are a flushing point for the Thames Water Operations team and located in a system of bypass and flushing points from a 24” diameter, cast iron main, circa 1950’s. These two hydrants have a history of abuse with local children letting the hydrant open during warm periods causing water pressure issues, supply interruptions, discolouration issues as well as damage to the surrounding area due to corrosion from the water.

These events led to complaints from customers and local councils and Thames Water were tasked with identifying and implementing a solution.

In conjunction with Geoff Johnson of Thames Water and Graham Charnley of AVK UK Ltd, samples of the security device were delivered to site and the hydrant chambers inspected. It was noted that there was an outlet security device installed, however the local operations engineer confirmed that they provided limited protection to the hydrants. Being constructed of a “soft” aluminium they frequently “binded” to the gunmetal outlets causing difficulty in removing them but, on the other hand, could easily be removed by unauthorised persons.

The AVK device was fitted to both hydrants within seconds and then demonstrated to show that they would resist removal attempts without the appropriate keys. Installing the universal base plate allowed the older hydrants to be secured, both on the outlet and the operating cap. Due to outlet corrosion, the second cap was stiff to install and the plate was slightly loose, however it was still offering protection to the hydrant and could not be removed without the key.

During installation the use of the new, revised key was confirmed as providing a secure fit to the top of the security device.

That there are only two components, coupled with the simplicity of installation, it was agreed that the device was quick and easy to use, and would cover an area of hydrant abuse with minimal time and allocation of resources.

Primarily the device is intended to protect the asset of the fire hydrant, but it was agreed that the additional benefits extended to:

•Local flood and corrosion damage when a hydrant has been opened without authorisation.

The security devices will now be left in-situ and reassessed in a few weeks to confirm their performance. As the general area has been subjected to numerous incidents of hydrant abuse, the trial will Determine if the devices will be considered for further installation.