What are the customs and traditions of Chinese New Year?
2021-02-04 19:37:15
Chinese New Year Traditions
Different parts of China have very different traditions. The following are the most typical:
New Year's Eve Dinner
The New Year's Eve dinner is the most important dinner for the Chinese. Normally, this is the family reunion dinner, especially for those with family members away from home. During the dinner, normally fish will be served. Dumplings are the most important dish in Northern China. These two dishes signify prosperity. Other dishes are dependent on personal preference. The majority of Chinese will have New Year's Eve dinner at home instead of a restaurant.
Fireworks
Fireworks are used to drive away the evil in China. Right after 12:00PM on New Year's Eve, fireworks will be launched to celebrate the coming of the New Year as well as to drive away the evil. It is believed that the person who launched the first firework of the New Year will obtain good luck.
Shou Sui
Shou Sui means "after the New Year's Eve dinner" as family members will normally stay awake during the night. Some people just stay up until the midnight after the fireworks. According to tales and legends, there was a mythical beast named the "Year". At the night of New Year's Eve, the "Year" will come out to harm people, animals, and proprieties. Later, people found that the "Year" is afraid of the color red, fire, and loud sounds. Therefore, at the New Year's Eve night, people will launch fireworks, light fires, and stay awake the whole night to fend off the "Year".
Red Packets
The Red packet is a red envelope with money in it, which ranges from one to a few thousand Chinese Yuan. Usually the red racket is given by adults, especially married couples, and elderly to young children in the New Year days. It was believed that the money in the red packet will suppress the evil from the children, keep them healthy, and give them a long life.
New Year Markets
In the course of the New Year's days, a temporary market will be setup to mainly selling New Year goods, such as clothing, fireworks, decorations, food, and small arts. The market is usually decorated with a large amount of lanterns.
Small Year
Small year is the 23th or 24th of the last month of the year. It is said that this is the day the food god will leave the family in order to go to heaven and report the activity of family to the Emperor of the heaven. People will follow religious ceremony to say farewell to the food god, including taking down and burning the paint of the food god. After the New Year's Day, people will buy new paint of the food god and display it in the kitchen.
Cleaning
A few days before the Chinese New Year, people will do a complete cleaning of the house and house wares which signifies to remove the old and welcome the new. Historically, when bathing did not occur often, people would normally take one to welcome the New Year.
Decoration
After the cleaning, people will decorate the house to welcome the New Year. Most of the decorations are red in color. The most popular New Year decorations are upside down fu, dui lian, lanterns, year paint, papercutting, door gods, etc. 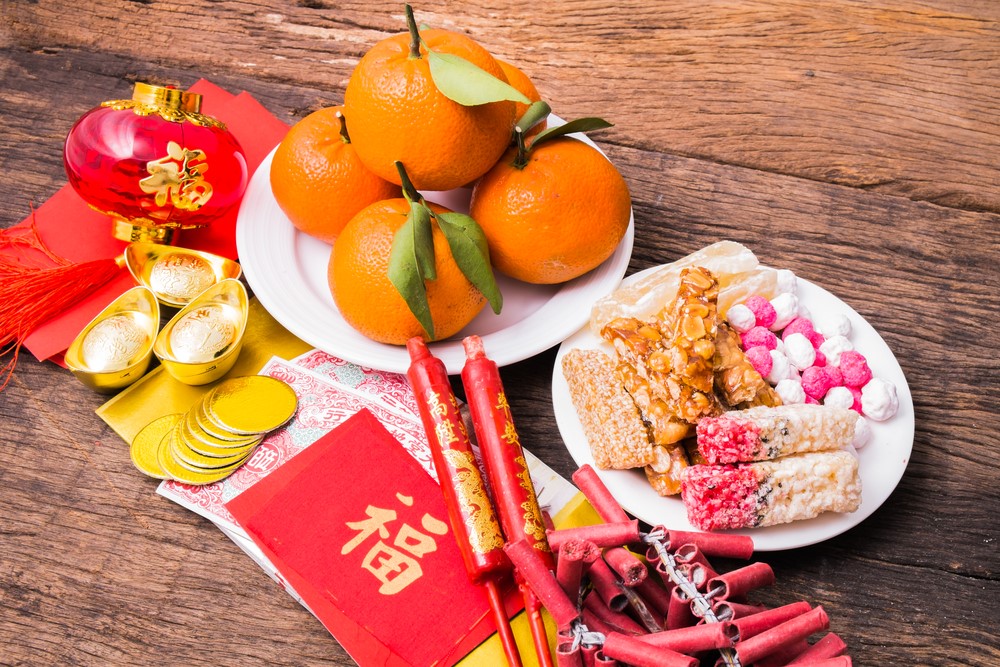